In a somewhat disjointed phase (or perhaps bottle variation). Too tannic on the first day, then better on day 2 and day 3. Deep black cherry fruit up front giving way to some heat and not a lot of complexity on the finish. Definitely not in the same league as the legendary 2004 vintage Rancia, which has been beautiful throughout its life.  The 2006 may be in a race to see if the fruit outlives the tannins.

"...Champagne Marie Courtin is located in the village of Polisot in the Côte des Bars (often referred to as the Aube), in the southern part of the Champagne region. With its slightly warmer temperatures, this area is particularly prized for its Pinot Noir grapes. Combined with the Kimmeridgian limestone sub soils, Aube champagnes retain a freshness similar to Chablis, which is more of a neighbor to Polisot than Epernay or Reims! In fact, many of the Grand Marques source their Pinot Noir from the Côte des Bars because of this unique combination of texture and delineation that the sub-zone provides.

Dominique Moreau created the estate in 2005 with a vision to produce a series of single-vineyard, single-variety, single-vintage Champagnes from Biodynamically-grown grapes that are farmed and elaborated with meticulous care. This philosophy is in stark contrast with the predominant mindset in Champagne which has historically focused on blending grapes, vineyards and vintages to achieve a consistent product or "house style", and with a tendency towards very high yields and full-on chemical treatments. For Dominique Moreau and likeminded growers, their house style is their terroirs, and is influenced by important factors such as massale selection clones and the ecoysystem of which their vines are a part.

Most of Dominique's wines come from a hillside vineyard of 40-45 year old, massale-selection Pinot Noir in Polisot (located the next town over from Celles-sur-Ource, where Cédric Bouchard lives and works). The combination of low yields, clay-limestone soils with bands of Kimmeridgian, and an east/southeast exposure gives the wines both power and cut, with an intense brininess and minerality at their core.

At harvest, the grapes are all harvested by hand. The wines are fermented with natural yeasts that have been selected from their vineyards and cultivated separately. These native yeasts are used for both the primary and secondary fermentations. Lastly, there is no dosage added upon disgorgement.

Dominique makes several cuvées, but the bulk of her small production is split between her cuvées Résonance and Éfflorescence, the former fermented in stainless steel and aged sur lattes for 24 months, and the latter is fermented and aged in used barriques, followed by 36 months sur lattes. The grapes for Resonance are from the top of the slope, whereas Efflorescence fruit comes from the bottom of the hill, which she says “has greater power and potential”. The third Blanc de Noirs is a zero sulfur cuvée known as Concordance, which minted Dominique's reputation as a deft vinifier.

“Efflorescence” means "to evolves in perpetuity”. Starting with the evolution encouraged by the small oxygen exchange in barrel, she feels that this wine in particular will show a very different face at each stage of its development in bottle..."

Irresistible citrus attack supported by mouthwatering salinity and followed by lemon confit balanced with food friendly acidity on the finish. Sebastian Christophe is an up and coming young producer who farms a south facing plot of vines in the Côte de Fontenay lieu-dit, that were planted by his uncle in 1981.Aging occurs for one year in stainless steel (80%) and the remainder in 228-liter oak barrels (new wood is approximately 7%). The wine is fined and filtered. A very satisfying Chablis overall. Paired nicely with grilled sashimi tuna filet.


Enjoyed celebrating the results of the Presidential election. A very nice wine, yet doesnt have quite the tension of the 2010 vintage.... even though the Chardonnay component appears to be more dominant on the palate in the 2009 bottling...
https://lestastevinsdulac.blogspot.com/2020/02/2010-bereche-et-fils-le-cran.html?m=1
1.5L format
Abv 12%
Disgorged January 2017
2 g/l dosage
50% Chardonnay 50% Pinot Noir
Flowery nose with hints of yeast, baking spice and marzipan. Gorgeous vinosity & texture that reminds me a bit of their Reflet d'Antan cuvee.
Succulent pear and apple palate underlain with mouthwatering salinity. Lovely complexity on a lengthy finish.
Don't drink too cold...
Producer notes :

"...Unusually, Raphaël and Vincent even take the single village approach with their vintage Champagne, Le Cran, equal parts Pinot Noir and Chardonnay from the best sites in Ludes, the domaine’s hometown on the Montagne de Reims.

Planted with old vines in two lieux-dits at the village’s chalky mid-slope “sweet spot”, Le Cran is a Champagne that, as Raphaël told Peter Liem “demonstrates that there is much more minerality in the mid-slope of a premier cru than at the base of the slope in a grand cru.” So magically intense and rich, yet not heavy, is Le Cran’s expression of Ludes that it is made every year as “a true picture of the terroir” in that particular growing season..." 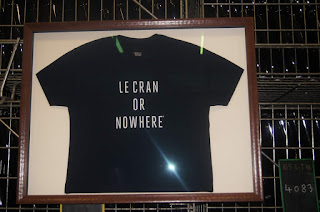 A beauty from the high altitude vineyards of the Gramolere cru in Monforte d'Alba... midweight, elegant cherry fruit... gorgeously seductive floral nose....  gossamer framework of sweet tannins giving way to lilting finish of classic balsamic tar and roses... blew thru this bottle easily it's so good..

Paired with beef tacos garnished with fresh guacamole...
Gained strength as tannins firmed up over several hours in the decanter... good stuff..

Beautiful 13% abv. Took several hours to open up in a decanter.

Incredibly savory, gossamer weight, sour cherry and pomegranate palate with hints of blood orange on an irresistible finish ... a finely crafted jewel of a wine. Pommard clone on Jory and Nekia soils from upper Momtazi blocks. 50% whole cluster.
Day 2The wine blossomed and put on weight... the nose is really nice.  These are some of my favorite pinot noirs